Story behind a known piercer/bodymod


My history with body piercing began in the Southern California Punk scene of the early 1980s, when having both ears pierced would get obscenities and beer bottles hurled at me out of car windows. My cohort and I would get drunk and shove pointy objects through our lobes, helices, and nostrils. Piercing signified our connection as outsiders, earned through a courageous act of overcoming the fear of the pain, parental punishment, and mainstream ostracization. Piercing wasn’t just fashion, it was a political action.

In 1983, I saw my first live pierced lip. It was nasty, swollen, and crusty, with a mass-produced ear stud pinching the wound. It was a turn off. In 1987, I flipped through a gay porno mag and landed on an image of a hot guy with both nipples pierced. The impact was electric; it was such a turn on! That image would nag at me over the next couple of years. Eventually, I dreamed of having pierced nipples and surrendered to the urge. Early in 1989, while on vacation, I watched a girlfriend get her nipple pierced at Body Manipulations in San Francisco, but I lived in Los Angeles and hadn’t a clue where to get it done.

I shared my desire with another girlfriend. A month later she had tracked down Gauntlet, the first storefront body piercing shop in the Western world. I called and made the earliest appointment I could, January of 1990. I walked in and 3 women behind the counter flashed me their tongue piercings. They giggled at my bewilderment; I had never seen a tongue piercing before, few people had. Dan Kopka performed my nipple piercings. Later he would start my training before leaving to open Gauntlet NYC.
Coincidently, just after my visit, I reconnected with a high school friend, Erik Niles. He was working in Gauntlet’s gold manufacturing department, located in the shop’s basement. While hanging out, I met everyone that worked for Gauntlet, including Elayne Angel, who would hire and apprentice me to pierce. After my 1 ½ year apprenticeship, Elayne left Gauntlet and I took over managing the store until November 1993, when I moved to San Francisco. 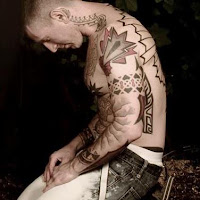 The 1990s were magic. I traveled extensively; guest pierced at shops such as Into You in London, 23 Rue Keller (then Gauntlet Paris), Gauntlet NYC, Cold Steel of London, and a dozen other cities without quality shops, but hungry for piercing. During that time, I used my piercing skills to create my own and to assist others with their performance art. As piercing transitioned from the deviant underground to a widely accepted practice, I appeared in a video that popularized navel piercing, did numerous interviews, and began my unwavering passion of lecturing for universities, social clubs, and body art conferences. In 1996, Jim Ward awarded me the title of Master Piercer. During this time, California legislators became concerned about potential health risks associated with the rising popularity of body alterations. I was part of the original team of unified body art practitioners that testified before state representatives. Later the body piercers splintered off to form the Association of Professional Piercers (APP).

I took a break from the early drama surrounding the formation of the APP. Gauntlet went out of business in 1998. In 1999, Grant Dempsey and I partnered to create Cold Steel America, 2 tattoo and piercing shops in San Francisco. The Castro location closed in November 2008, leaving the Haight Street location still open today. I have remained an active piercing member of the APP since 2001 and completed a three year elected position as Treasurer. In 2007, I received the APP's President's Award for Contributions to the Piercing Industry. Since 2008, I have been the APP’s board-appointed treasurer. I consider the trust of the board and membership a great honor. One of my greatest life accomplishments has been contributing to the organization’s mission of sharing history, health and safe information with body piercers around the world. My most recent undertaking is the preservation of our history and the formation of the Body Piercing Archive:

"The mission of the Body Piercing Archive is to select, collect, document, preserve, exhibit, and interpret the personal, social, and material evolving histories of Body Piercing to ensure these artifacts are available to present and  successive generations.”
Paul King
Cold Steel America 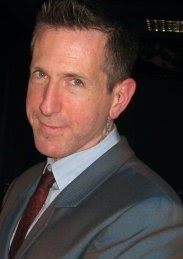