F.G.M (female genital mutilation), is a subject much discussed lately in the English piercing industry.
FGM is described in 4 types.

The first 3 types combined are a complete or partial removal of the clitores and labia minora and can also be done in combination with constricting the outer lips. This surgery is extremely painful and cruel. It's a mutilation for life, which can cost many health problems later in life.

Type 4 are harmful actions to the female genital organs for non-medical reasons, such as pricking, piercing, notching, scraping and burning and is seen as mild form of FGM.

Of course, the first 3 types we can all agree on. We must stand against mutilation to young and older girls, like circumcision, which is done by culture and religion.

But type 4, think about these harmful actions, such as laser hair removal, waxing, shaving, vaginal reconstruction etc. We all do for non-medical reasons, for adornment and hygiene.

Intimate piercings are voluntarily chosen by adults, as adornment and/or for sexual pleasure and they can choose to remove the piercings if they want to, without any trauma. 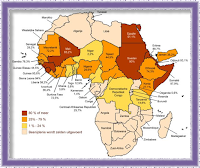 Why is this a much discussed topic?
Since March 2015, there is a legal ban on intimate piercings for women in Great Britain. Women, who now have an intimate piercing are now seen as victims of genital mutilation.

Personnel working in the health care sector are now required to report it at first sight, or suspicion of intimate piercing, to the British Government. And piercers can now be prosecuted and even go to jail.

Why?
Because the UN/WHO (World Health Organisation) started identifying this with female genital mutilation of immigrated ethnic women groups from 28 African countries, as well as 9 countries with large Muslim populations and without considering what impact it will have on the Western groups.

Not only are Western women now seen as victims of mutilation, but also deprived of their rights as a woman and their free choice. Each culture has its own tradition and we're used to Western culture with our Western emancipation!

This happened in Great Britain, but what happens if other European countries will take the same stand? Will it also be banned in Europe, or can we prevent this?

Because in my personal and humble opinion, one word can make a difference while describing Type 4: