Story behind a known piercer/mod artist

Years ago when I made the choice to become a piercer, I 've search the internet for information, to learn more and in my journey I met many inspiring people, who helped me on my way, my network grow and I consider them my friends. Most of them are known in this world, and I would like to introduce you to them. they tell you there own story.

The story behind a known piercer/modartist

My name is Sean Dowdell, I have been piercing since 1995.
I was originally taught by a guy named Derek Vosten but
learned most of my current piercing skill set through my
own attrition and other piercers sharing information.

Sean founded Club Tattoo in 1995 as well and currently
has 6 studios worldwide in Arizona (3), Las Vegas (2),
and San Francisco (1). He is regarded as one of the most
successful tattoo and piercing shop owners in the world.


Sean, currently has received 2 patents for Jewelry design for his Micro-dermal anchor design in 2007; which has sold over 1 million units since it's licensing deal with Jewelry Manufacturer Metal Mafia, and in 2014 another for his captive groove slide mechanism. He has invented tooling for the piercing industry such as a new tongue forceps, and Apadravya/Ampallang forceps as well. In 2008, he invented a software product that is being widely adopted in the tattoo and piercing industry called Interactive Tattoo with his partner Cristin Davis.

Sean was the first piercer to pierce a corset and started an entire movement in the piercing industry with it. He has become known for his micro-dermal anchor piercings & projects, custom ear piercing projects, along with great photography of his work and getting published in well over 200 magazines worldwide.

He teaches piercing technique courses since 2007, all over the United States and Europe and is considered to be one of the top body piercers in the world. His seminars have attracted as many as 250 other piercers wanting to learn from him at one time. His seminars became so popular that he put out 2 instructional DVD's on the market and is currently working on a genital DVD & digital downloads for sale to the piercing industry as well (slated for release in 2015).

In 2010, Sean co-developed with Metal Mafia and MicroSan- a skin Antiseptic called E2t, when the market was left with a void from a product that was pulled from the shelves called Technicare. Technicare had been removed from shelves when the FDA discovered food grade thickening agents in it's product and far less than percentage of Chloroxylenol than claimed on it's label. Sean worked for over a year to develop a product that was better and safer for the industry than the Technicare product that the industry had become to rely on.

Sean looks up to many other piercers in the piercing industry such as Jim Ward (the father of Modern Piercing Movement), Steve Joyner, Chris Jennell, Fakir, Rob Hill, and many more. He respects all forms of piercing and thinks that each piercer has something to offer in the form of knowledge.

Sean uses many different jewelry manufacturers in his studios including BVLA, Anatometal, industrial Strength, Maya, Metal Mafia, Flaming Bones, Leroi, Tawapa and more. He loves to fill his studios with the highest quality jewelry possible, and is borderline OCD with making sure that his studios have the largest selection as well.

Sean likes to travel to Europe and Mexico in his spare time and create new jewelry items, tools and procedures. He loves to spend time with his wife Thora, and their 2 sons Brennen and Carston. Out of everything that Sean has accomplished, his family is the most important thing in his life, without them the success would mean nothing. 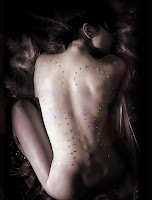