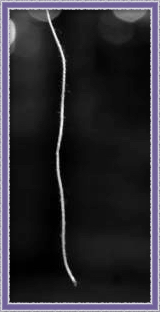 white wire
In Japan (1980) there was a scare story going around that children fear.
That a teenage girl after much bitching at her parents got permission for earlobe piercings, with the money that she got from her parents she didn't go to a jeweler to have her earlobes pierced. she put the money in her pocket, and together with the help of a friend, she heated a large needle and made the holes her self. she felt a horrible pain, but now she could wear earrings, and was some extra money richer.
A few days later she was at school, when she started feeling pain in her left ear. Her earlobe began to itch, and during the break she went to the toilet to look in the mirror, her earlobe was flaming red and she started to scratch. When she went to look closer to the mirror she saw a piece of white thread coming out of the hole, she found it very strange, and started tho pull it and, after a few minutes there was a very long piece of white thread from her earhole, turned out to be no end.
After a while they picked up a pair of scissors and cut the white wire. And all of a sudden everything went black, she could no longer see. She was rushed to the emergency room of the hospital, where she was checked by a doctor. The doctor was shocked after being told what had happened. And the doctor replies "Sorry, but you will remain blind for the rest of your life, that white thread, that was your optic nerve"

The Prince Albert
Piercing is named after Prince Albert of Saxe-Coburg and Gotha, the consort of Queen Victoria. The story reads: One wearing during that time to the courts very tight maillot pants and with this piercing the penis could be secured in the left or right leg so that there is no bulge visible in the crotch region

Another story is, that he had it used to hold his socks up?!!

Pirates and Sailors
Some pirates were convinced that if you wore an earring it would improve your eye vision or even give you health. they believed that there was magical healing power in the material.

Another story says that it helped against seasickness, others saw it as talisman, and that they wouldn't drown. one thing was sure, earrings of silver or gold had enough value to pay for a sailor's grave or tombstone, if you washed up on the coast. Some even engraved the name of family from home, so that the message and money would be sent to relatives. Also it reduced the chance if you died on the ship, that your earring funded the transport to the port instead of to be buried at sea 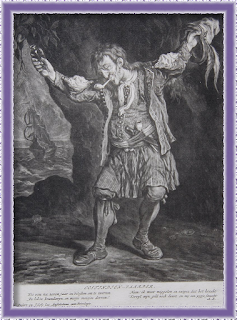